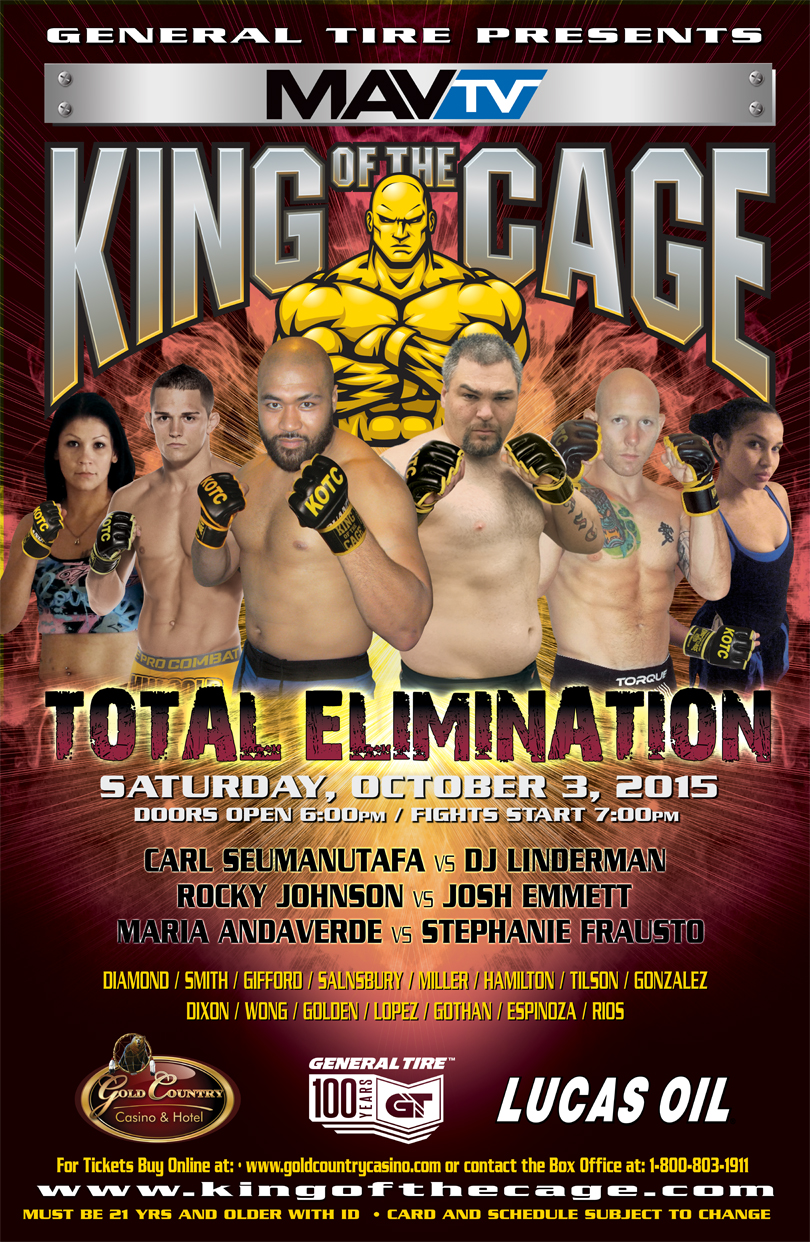 The co-main event, in the Lightweight Division will feature Rocky “Rock Monster” Johnson (20-15) from Denver, Colorado (Team MMA Machine / Child’s Play MMA) against Josh Emmett from Sacramento, California (Team Alpha Male), who is undefeated in his first seven professional fights. Johnson is one of the top ranked lightweights.

One of the featured fights on the card in the Women’s 115 lb. Division will be feature Stephanie “Macaquinha” Frausto from Dublin, California (CSA Gym) going head to head against Maria “The Real Deal” Andaverde from Redding, California (Golden State Sports Club).