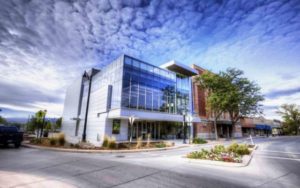 King of the Cage returns to the The Centennial State for the second event at Two Rivers Convention Center in Grand Junction, Colorado on Saturday, May 2, 2020.

Andrew Yates (13-3) will return to action for the first time in year. Andrew has been sidelined with a undisclosed injury that has required two separate surgeries and months of rehab. Andrew’s trainers say he is in the best shape of his life and is just hitting his prime at a young 30 years of age. Andrew’s last trip to the Cage resulted in a unanimous decision victory over Jackson Wink phenom Sherwin Price in Albuquerque New Mexico .

Jorge “Little Monster Lopez (12-5) is on the comeback trail after starting off his career 11-1 and being signed to the UFC Jorge found himself on the losing end of some controversial decisions. Jorge took matters in own hands and reinvented himself under the tutelage of Hall of Fame Kickboxer Ray Sefo and the coaches at Xtreme Couture Gym in Las Vegas and is eager to showcase his new stand up skills and start his journey to a KOTC World Championship.

CMU student Josh Richardson (1-1) coming off a highlight reel knock-out on KOTC Cage Wars in January will continue his march towards stardom by demonstrating his kickboxing power coupled with his outstanding wrestling skills.

Future stars of the sports Venezuela Angel Diaz (2-0) the hardest working bantamweight in the division and Colorado State Championship Wrestler; Heavyweight Tony Darling (2-1) round out this very impressive main card.

The Preliminary card will be packed with The Grand Valley’s best young fighters hoping to use KOTC Cage Wars to lunch their fighting careers to the next level.