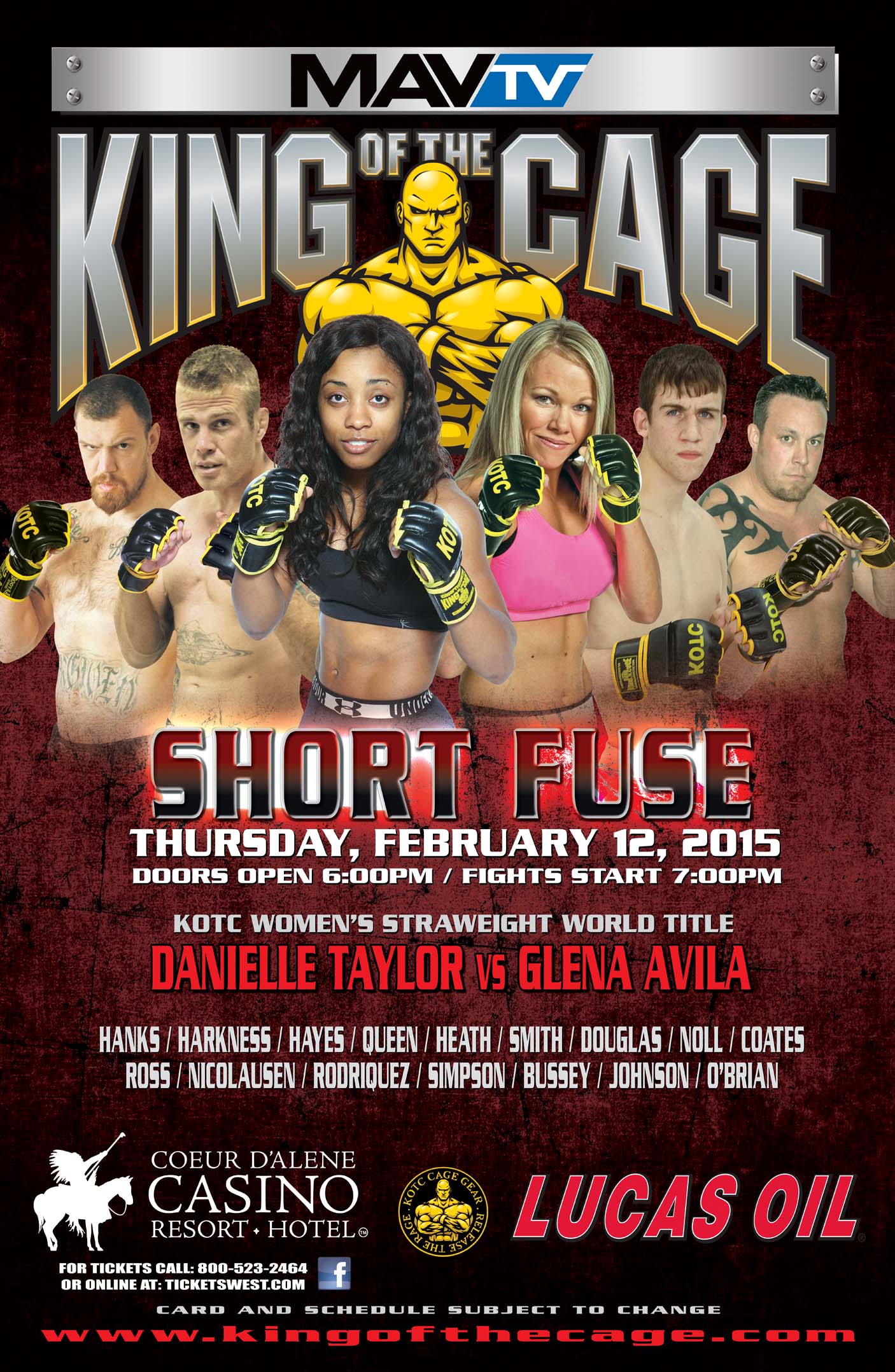 RANCHO CUCAMONGA, Calif. (December 11, 2014) On Thursday, February 12, 2015 King of the Cage, one of the world’s premier organization for Mixed Martial Arts, returns to the Coeur d’Alene Casino Resort Hotel in Worley, Idaho with a spectacular night of action packed MMA fights.

The main event for the 115 lbs. World Strawweight Title will feature Danielle “Dynamite” Taylor from Palmdale, California, who trains with SoCal Fight Factory, and is undefeated in her professional career, going up against Glena “Heartless” Avila from Galena, Oregon, and trains under the Rose City Fight Club, who is riding a winning streak coming into this fight and wants to take home the KOTC World Title Belt.

The co-main event in the Lightweight Division at 155 lbs. will feature Mike Hanks from Spokane, Oregon, who is coming back to his home in the Northwest and has a strong professional record.

Another featured bout in the Heavyweight Division will have Mike “300”Hayes from Redmond, Washington going up against Josh Queen from Idaho. This is a rematch between these two warriors where Hayes defeated Queen the last time they fought.

Doors open at 6 pm. And fights start at 7pm. Reserve seating, VIP, and ringside tickets are on sale now. For more information or to purchase tickets, please visit www.cdacasino.com or at the Coeur D’Alene Casino Resort Hotel box office. Event card and schedule are subject to change.