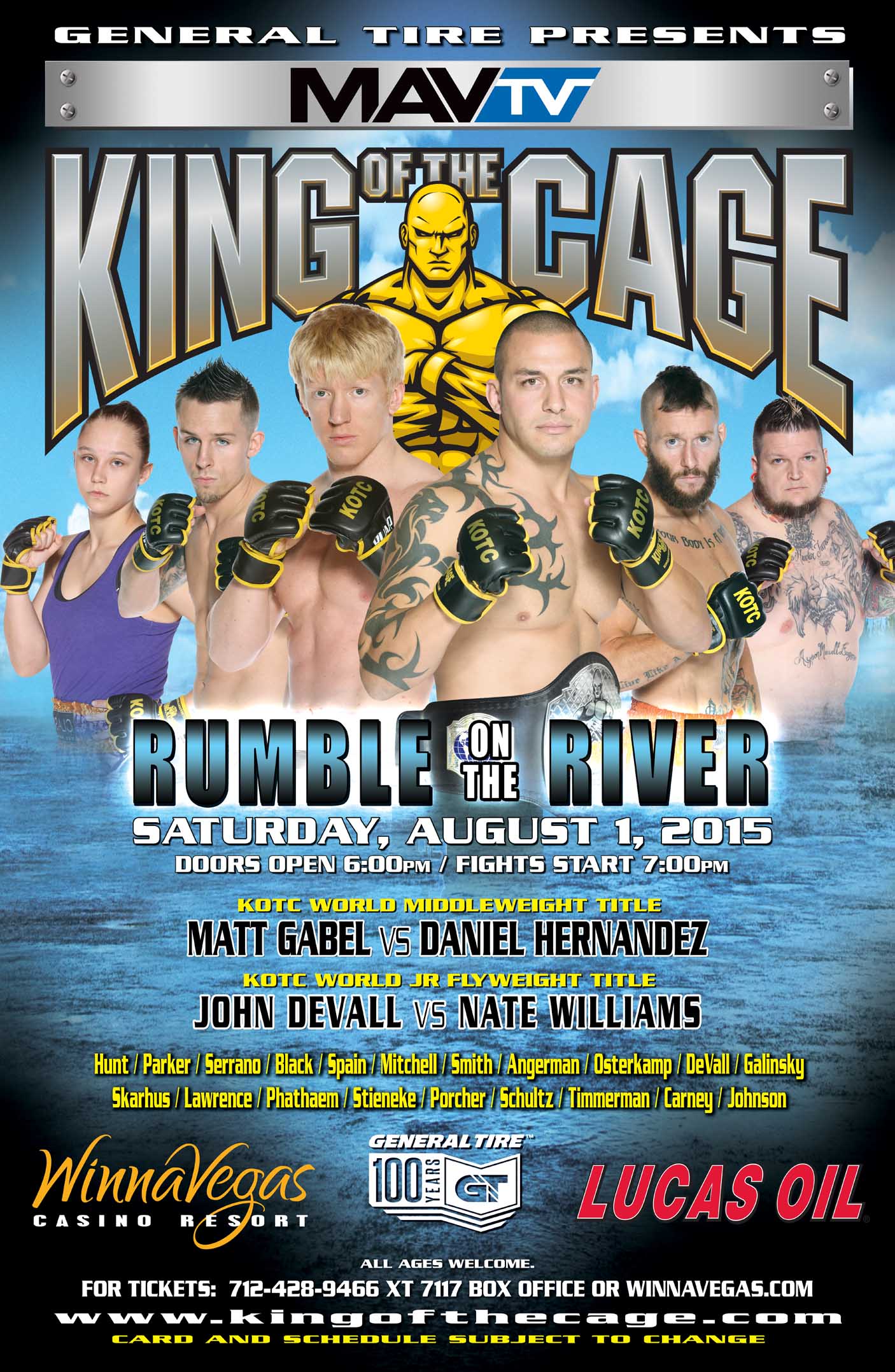 RANCHO CUCAMONGA, Calif. (June 22, 2015) — On Saturday, August 1, 2015, King of the Cage returns to WinnaVegas Casino Resort in Sloan, Iowa for a Live Televised Broadcast of MMA action…”RUMBLE ON THE RIVER.” The show will include 13 fights, with the main card to air live on MAVTV.

The main event will be for the 185 lb. Middleweight World Title, when current champion Daniel “El Leon” Hernandez (17-10), from El Monte, California (The Vault MMA & Fitness) puts his belt on the line against local favorite Matt Gabel (9-3-1) from Le Mars, Iowa (Gable MMA). This is a long awaited matchup for these two heralded fighters.

Other featured fights on card will include:

This event will be broadcast LIVE to a nationally televised audience on MAVTV, owned by Lucas Oil. MAVTV is a 24/7 high-definition television network that specializes in sports and action programming. It is available on the Dish Network (Channel 248), DirecTV (Channel 214) and numerous cable providers. For channel listings, check with your local provider or visit www.mavtv.com.