King of the Cage Announces Results for the World Amateur Champions 2 at Citizens Business Bank Arena in Ontario, California 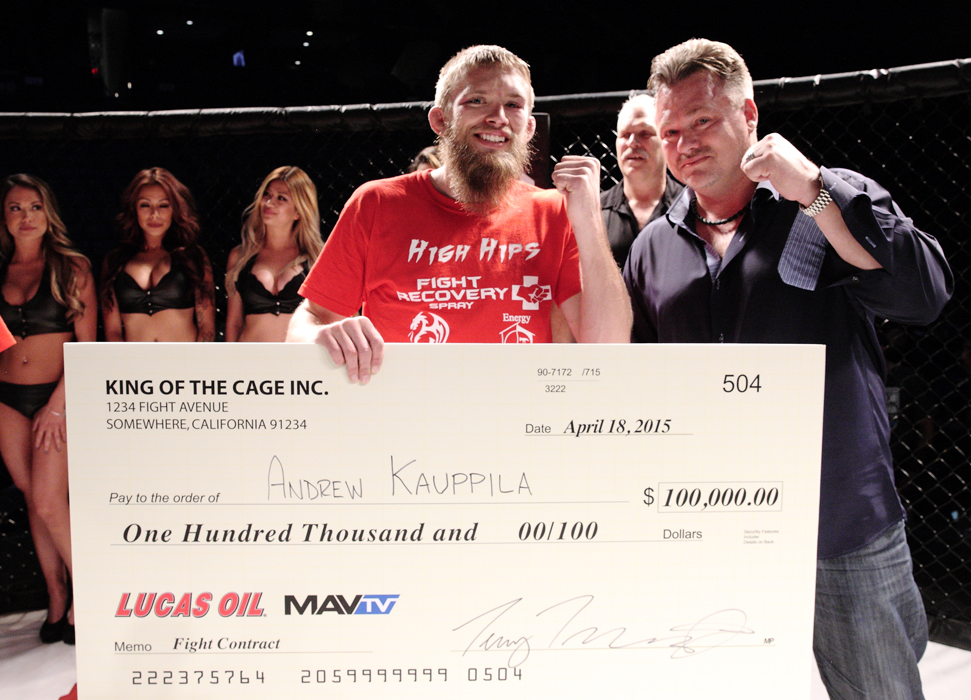 RANCHO CUCAMONGA, Calif. (April 21, 2015) King of the Cage, one of the world’s premier organizations for Mixed Martial Arts, set another milestone this past Saturday night, at Citizens Business Bank Arena in Ontario, California. The world’s top amateur fighters competed in the “World Amateur Championships 2” for the opportunity to be one of the five that would share the $250,000 professional contracts that were awarded for this one night of fighting with a capacity crowd on-hand, that was broadcast live exclusively on MAVTV, owned by Lucas Oil. 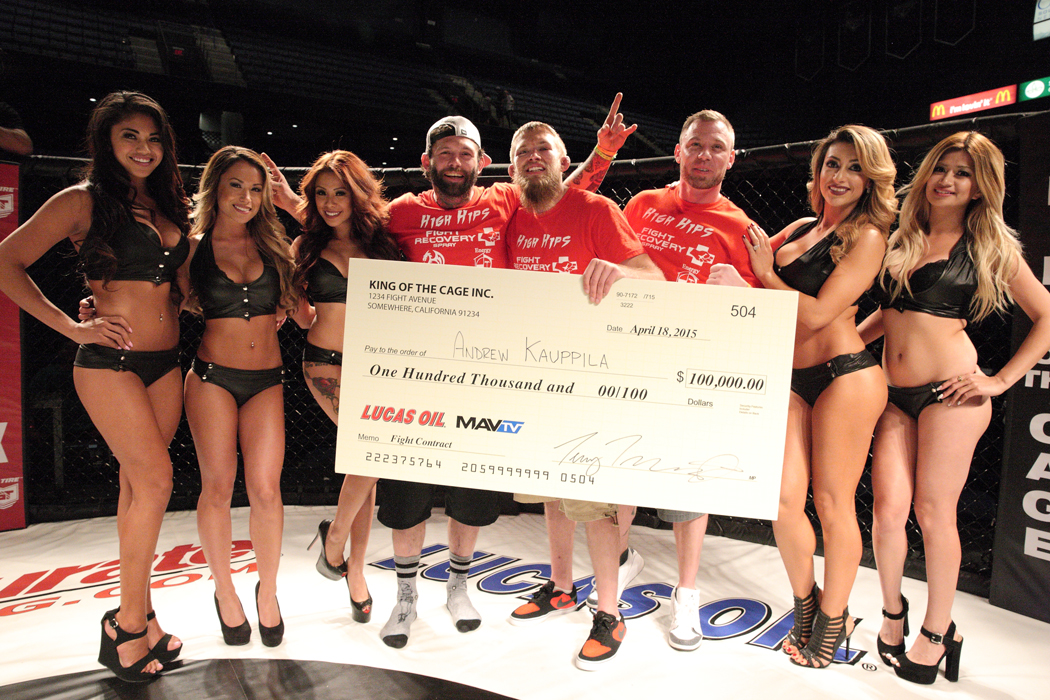 “This was another major historic event for the sport of MMA and another for our organization, stated Terry Trebilcock, Founder & President of King of the Cage. All of our partners, Lucas Oil, MAVTV, General Tire and Citizens Business Bank Arena, came together to support this event that would change the life of these five MMA fighters”. These fighters will now be given the opportunity to become the next stars of MMA and have their first fifteen fights have guaranteed national television exposure. We also want to thank the thousands of fans from both the live television audience watching and fans inside Citizens Business Bank Arena, who voted online during the show to help crown our winners. We look forward to continuing and growing this great event.”

“Winning the World Amateur Championships 2 this past weekend is a dream come true for me. I trained so hard for this fight and to see this rewarded with a professional contract is so important to me. I want to thank all of my friends and fans who voted for me and helped me reach this goal,” first place winner Andrew Kauppila said.

King of the Cage is already planning details for the next World Amateur Championships, which will be announced at a later date.